Skip to main content
We're OPEN & serving you safely through enhanced social distancing services.  ORDERS MAY BE DELAYED 1 to 3 DAYS

From a one location family shop of the oil-crisis fueled bike-boom of the 1970s to the multi-store, multi-generation Portland-area staple of today, Bike Gallery continues to be a family-owned company that strives to make a sustainable impact on the communities we serve by putting more people on a bike.

Bike Gallery was founded by Portland bike legend Bob Graves in 1974 and passed to his son Jay in 1995. Upon announcing his retirement in 2012, Jay hand-picked new owners who would continue the Graves legacy of customer service and dedication to the Portland community. Kelly Aicher, a 16-year Bike Gallery employee, partnered with Mike Olson, a successful bicycle shop owner in San Diego, to purchase the business from Jay. Kelly’s intimate knowledge of the Portland cycling and community Mike’s vast retail experience are a great combination and we look forward to another successful 40 years. 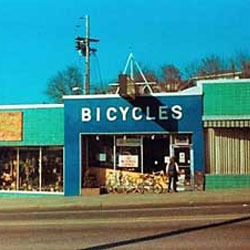 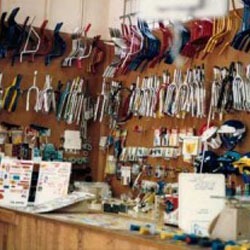 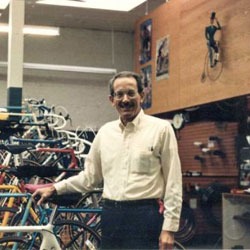 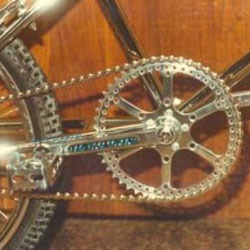 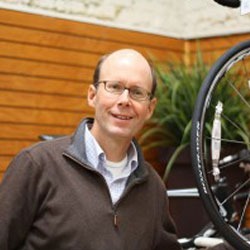 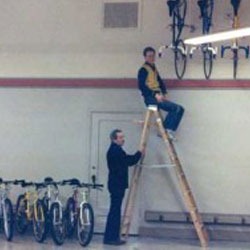 The 1973 oil crisis created a boom in the bike industry. Bicycle shops were buying bikes from the manufacturers by the rail car and all the bikes were pre-sold before they even arrived. Bike Gallery opened its doors in April of 1974 a few blocks from the Graves’ family home, just as the oil crisis was eased and the gas embargo lifted. The bike industry came to a grinding halt with an almost 40% reduction in the market. With almost 50 other bicycle shops in Portland competing for scarce business, needless to say the first year was tough and Bike Gallery came close to shutting its doors forever. But the Graves family decided to give it one more year.

Bob kept his day job as an insurance salesman to pay the bills. Three of Bob Graves’ seven children became Bike Gallery’s first employees. Paula attended PCC in the morning and opened the store at noon. Jay, Tori and Bob came in for the afternoon/evening shift. For the next 2 ½ – 3 years, there was only one paid employee, Tom Brown who functioned as the shop mechanic. Jay shadowed Tom and became the second mechanic. Bike Gallery wanted to be different and found its place in the market. Bike Gallery was the first store in Portland to stay open in the evenings and to be open on Sunday. Thus an emphasis on customer service was born that continues today.

As the BMX scene became more prominent in the late 1970s and early 80s and Jay began racing, Bike Gallery became almost a “palace” for BMX parts that kids would drool over. Their inventory was well-known across the nation, a vibrant mail-order BMX business was born.

Bob Graves liked to “trick out” bikes. Back in the early 1970s, it was hard to get a bike under 21 pounds and he had a vision and passion to create ultra-light bikes. He used to drill out intricate patterns in the cranks that were beautiful and light as well out removing the anodizing and buffing the aluminum to a high sheen. To Bob, bikes were not only tools for transportation but they were beautiful works of art.

Bob’s fascination with bicycle weight and speed was not an isolated event. Before he started the bicycle shop, Bob Graves and his partner had the fastest drag car time in the West Coast in the 1950s He also ran a go-cart racing track in the early 1950s and early 1960s near the Hillsboro airport.

Growth kind of fell in Bike Gallery’s lap. Because of Bob and Jay’s reputation for integrity, several competitors over the years have asked the Graves family to purchase their bicycle shops to continue serving their customers.

Bike Gallery’s Grand Fromage decided to take a well-deserved rest after almost 40 years at Bike Gallery. Jay hand-picked new owners who would continue the Graves legacy of customer service and dedication to the Portland community. Kelly Aicher, a 16-year Bike Gallery employee, partnered with Mike Olson, a successful bicycle shop owner in San Diego, to purchase the business from Jay. Mike’s vast retail experience and Kelly’s intimate knowledge of the Portland cycling community are a great combination and we look forward to another great 40 years.

Despite its growth, Bike Gallery continues to be a family-owned company that strives to make a sustainable impact on the communities we serve by putting more people on a bike more often. Next time you’re in the neighborhood, stop by and say hi. 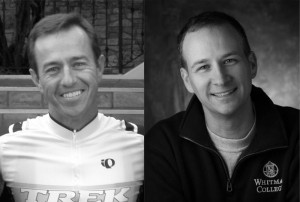